Ben and Baptiste from the Vintage Rides team set off to celebrate New Year's in Rajasthan. Our two helmeted adventurers veered off the beaten tourist tracks to explore the charming, unspoilt countryside. Here's a look back at their journey through the Land of the Maharajas.

Exploring Rajasthan by motorcycle is a Vintage Rides classic, but the Rajasthan Adventure is in a different league. The south west of Rajasthan, an extremely rural region that runs along the Aravalli range until the Thar Desert, is very rarely visited. Completely thrilled with his trip across the Trans-Himalayan last August, Baptiste opted for one of the best motorcycle tours in India once again. He has tried to sum up the trip for us, «this tour is perfect for anyone who wants to delve deep into rural India and is thirsty for adventure with plenty of off-road and long riding days.» 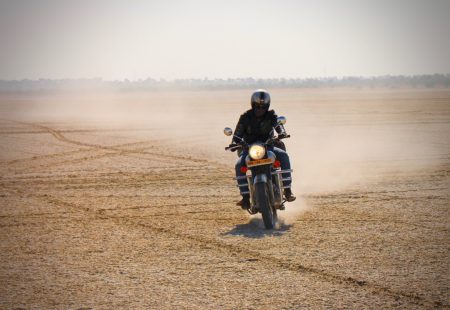 On paper, the motorcycle tour goes from Jaipur to Jaisalmer, taking the tracks and roads in a clockwise direction, passing the villages Ghanerao, Mont Abu, Jalore and Barmer. Ben and Baptiste had 10 days for this adventure: just the right amount of time to really get away from it all. They sipped a chai in Jaipur before mounting their Royal Enfield Classic 500 and making their way to Pushkar. They left the city and immediately pushed on into the Rajasthani countryside, and before they knew it, had arrived at Sambhar salt lake: a real playground for motorcycles. «Vintage Rides' tours are always designed to crank up the intensity day by day. But that's not the case for this one; it goes straight for it with the Sambhar.» The two friends spent most of the day playing like a couple of kids, skidding and going back and forth in the sand.

You really feel like you are gliding on this crackly surface, which is hard in places and unstable in others. With no one in sight, a lorry would appear out of nowhere once in a while. I scanned the horizon from left to right; there were very few signs of life and just some pink flamingos in the distance, what a memory!

In the heart of Eternal India

This mythical region often rouses interest because of its large cities and the splendour of its palaces, but Baptiste tells us about another side to Rajasthan, where villages emerge out of nowhere like oases, not lacking their fair share of tales. Gandhi once said «the soul of India lives in its villages» and riding is, without a doubt, the best way to explore it. «We were far from the city and the pollution and totally immersed in the wild, raw, unspoilt nature.» During their motorcycle tour in Rajasthan, they only crossed some shepherds with their herds of cows, goats or buffalo. They ambled through the heart of Rajasthan's rural life and passed loaded camel-drawn carts, shepherds dressed immaculately in white, only their turbans lending flashes of colour, with peacocks, monkeys and antelopes frolicking freely alongside them. 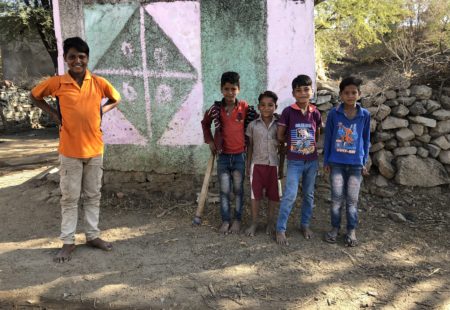 Ode to the road 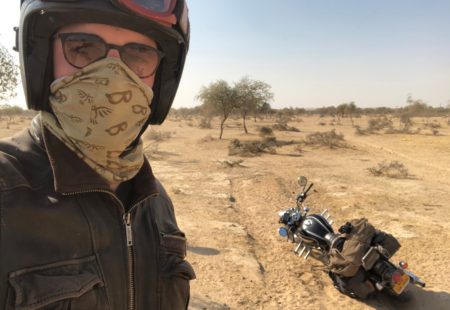 Disconnected from the rest of the world, these two buddies continued on their way under that typically Indian light, the spellbinding sunset, blurred by the winter haze. «You get used to this serene India and become attached to it.» Travelling by motorcycle here is a truly unique experience. The Bullet perfectly blends in with the scenery; as if it had been made for this relaxed pace. They then rode along the mountain chain that crosses Rajasthan –the Aravallis– for a few days. «After Mont Abu, we got our first glimpse of the region from above and climbed to an altitude of 1,220 m.» Baptiste told us that the approach to Jalore offered a totally different backdrop: semi-arid desert with immense rock formations mysteriously dotted across the landscape.

In Ghanerao and Jalore, they stayed in properties that date back to the time of Maharajas, which have belonged to Rajput heirs since the 17th century. Thanks to tourism, these palaces have been converted into hotels, restoring them to their former glory. «The Royal Castle in Ghanerao is a palace that retains its original splendour; it’s a real heritage site full of history.» They spent New Year's Eve in Jalore, in another palace in the heart of the city centre. On the crossroads of ancient trade routes, Jalore once prospered but has now fallen into neglect like many cities in Rajasthan. «We arrived as night was falling and were received like royalty. We had a bottle of wine in our bag that we had been carting around with us for almost a week. We shared it with a couple of English travellers who were delighted to have come across a couple of Frenchies. The next morning, we left the city and its palaces behind us, as if the evening had been nothing but a dream, and made our way back onto the tracks, which led us into the heart of the desert.» 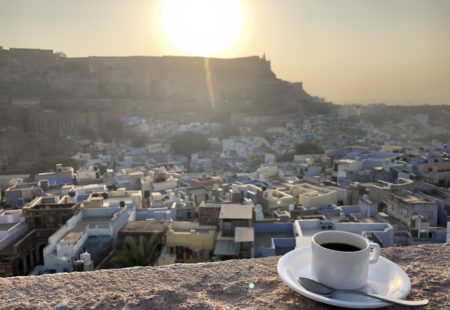 Travelling by motorcycle meant we were able to really soak up rural life and got the chance to be in close contact with locals in remote villages. Discovering the real India is really moving.

Baptiste reassures us that the sandy slopes that some riders fear are nothing to worry about. «We really enjoyed the sandy parts! There really is nothing not to like about them. In fact, it's quite the opposite. They were a bit tiring, but so much fun and weren't daunting in the slightest!» He admits that his favourite moments were those spent in the countryside. Even though this tour had already been trialled and tested by Johann, the agency's tour leader, travelling to India is always a step into the unknown. After all, the itinerary can change at the last minute due to unreachable roads, roadworks or mechanical failures. For the guys, Ben's clutch started to fail before they got to Jaisalmer and they had to tow the bike for over 90 miles. But once they arrived in Jaisalmer, heir of the Silk Route, it was all worth it and they felt like they'd reached the world's end. «Nothing could top that! Sat on the rooftop terrace of our guest house, the sunset over the citadel was already giving us itchy feet. Where's next?» 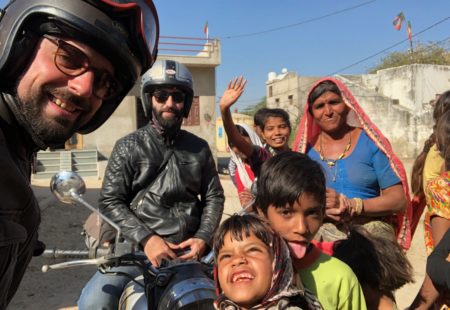 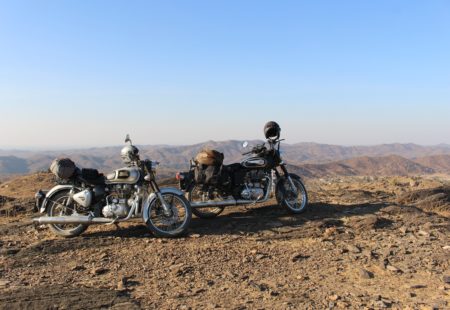 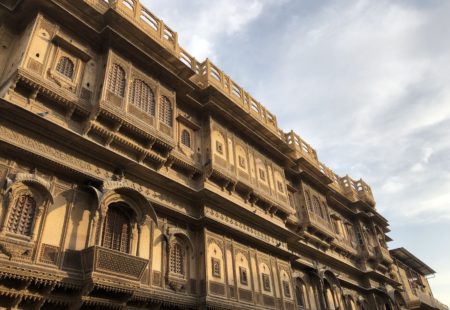 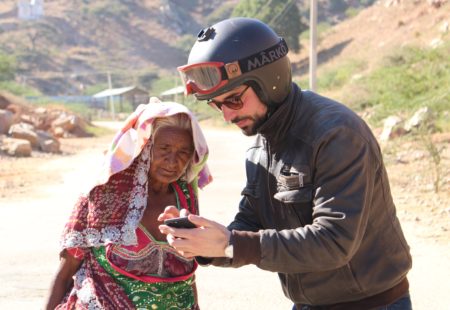 Discover all our motorcycle tours in Rajasthan on a Royal Enfield.