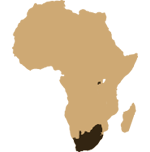 You are passionate about motorcycling and wish to discover South Africa? Join us for an exceptional adventure on a motorcycle with character. A South Africa motorcycle tour lives up to its image: large open spaces, national parks, stunning landscape, deserts, fantastic beaches, big modern cities, small timeless villages... The most famous political prisoner in the world, Nelson Mandela, became the South African Head of the State in 1994. The country then went on to experience its golden period. Today, this multi-racial democracy, with its excellent infrastructure and a consistently temperate climate, attracts numerous visitors. A motorcycle trip in Royal Enfield in South Africa also allows you to discover a very rich culture that is manifest in its cuisine, music and even the language. There is a wide range of topography and fabulous roads in the "Rainbow Nation". With a departure from Cape Town, the tour that we have put together for you is full of adventure, between exalting zigzag paths and secret trails. Whether you are a beginner or a seasoned traveller, if you are longing for freedom and escape, get on board for a motorcycle trip in South Africa.

When should one travel to South Africa? Remember that in the Southern Hemisphere, the seasons are reversed with respect to Europe. When we are celebrating summer in France, South Africa is in the throes of winter, and vice versa. Depending on the places visited, the climate varies from one region to another. Cape Town has a Mediterranean climate, while being one of the windiest cities of the world. With such dream climate, South Africa is an ideal winter destination. From September to April, the weather is dry, sunny and the sea temperature is at 20° on an average. The winter season, from May to August, is temperate and the temperatures can go down to 8°. In the region of Karoo, on the north-eastern side of Cape Town, it is as hot as in the American deserts, with sunny winters and cold nights. The best time to go on a motorcycle tour in South Africa is spring and autumn. At False Bay, near Cape Town, it is possible to see the migration of whales from firm ground when they leave Antarctica to come to South Africa to reproduce. It is possible to visit Kruger National Park generally in the dry season from May to October.

South Africa is surrounded by the Indian Ocean and the Atlantic Ocean. The country covers around 1 000 km from North to South and more than 1 500 km from East to West. Three major regions can be distinguished in South Africa: Highveld, Lowveld and the Kalahari basin. The mountainous region starts from Cape Town and is divided into three main mountain ranges: Nuweveldberg, Stormberg and Drakensberg, which attains an altitude of more than 3 400 m. This extremely diverse terrain offers magnificent landscapes: savannahs, steppes, hills and mountains, deserts and of course beaches with turquoise blue waters. The tip of Africa is one of the best destinations of the continent where the mountains and the beaches are extremely beautiful. The mythical Cape of Good Hope, dubbed the “Cape of Storms”, is situated at a distance of 30 km from Cape Town on the Atlantic coast. This rocky outcrop is a 7000-hectare wildlife sanctuary housing elks, ostriches, baboons and hundreds of bird species. From its immense cliffs, the panorama on the immensity of the ocean is spectacular. It is even possible to easily observe whales from there. From Cape Town, go on a motorcycle trip in South Africa. Apart from its countless natural charms, the city of Cape Town has trendy neighbourhoods full of attractions along with good restaurants, shops and art galleries.

History and Culture in South Africa

South Africa has found its way back to the path of civil peace and diversity. The apartheid, which was in effect from 1948 onwards, was abolished in 1991. In 1994, the South Africans took part in the first democratic elections ever held in their country. After 27 years of detention, the legendary political prisoner Nelson Mandela became the President of this new “Rainbow Nation”. The third largest city in South Africa, after Johannesburg and Pretoria, Cape Town has been the cradle of the country’s history. It has become the emblematic city symbolizing South African dynamism. Also, during your motorcycle tour South Africa, you will be able to visit Robben Island, the prison island near Cape Town where Nelson Mandela spent 19 years of his imprisonment. Apart from its history and cosmopolitan culture, this unique city at the edge of the world is situated in an exceptional natural site, at the tip of southern Africa. This region is also renowned for the most beautiful of South African vineyards. Wine production dates back to the Dutch colonial occupation. In the 17th century, the Huguenots, persecuted protestants, fled France and landed in Cape to develop viticulture in Franschoek. Today, South African wine is considered one of the best in the world and appears on most restaurant menus. For more information we invite you to browse on the national government website of South Africa.

All Motorcycle trips in South Africa

“A new motorcycle adventure in South Africa, on the search for extraordinary landscapes off the beaten path.”

“The perfect motorcycle tour to escape to the ends of the earth and discover the natural wonders of South Africa.”

A long-distance adventurer and serial joker, he crossed the USA on a Harley before settling in Delhi to do what he does best - talk about motorcycle trips in Asia. His favourite tour destination? Mongolia, the land of blue skies, where he spent a season last year. 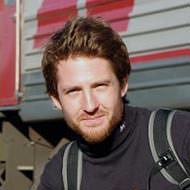