Who hasn’t dreamt of riding a bike to the edge of the world? Welcome to Aotearoa, “the land of a long white cloud”, in Maori language. A Royal Enfield trip in New Zealand is a departure for the antipodes and a return to the origin. This faraway and wild country is undoubtedly meant for those who love nature and open spaces. Ride through the most beautiful national parks: Tongariro, Abel Tasman and Fiordland and admire the grandiose landscapes from the Lord of the Rings. From the volcanic North Island with its geysers and its Maori culture to the spectacular South Island with its mountains, lakes, glaciers and fjords. You ride on the roads and tracks of the two islands in harmony with nature, on a land where man has hardly left any imprint. On the way, you can see whales, dolphins, seals and penguins. Apart from its beauty and diversity, New Zealand is known for the sincere warmth of its inhabitants, who are called Kiwis and who are always ready to share their bit of paradise. Not to forget the rich Maori culture, the passion for rugby, immaculate beaches, exceptional bio-diversity, the vineyards of Marlborough Sounds, the cosmopolitan cities of Auckland and Wellington and so many other things…

When should one travel in New Zealand?

In the Southern hemisphere, the seasons are reversed with respect to those that we know in Europe. Summer thus extends from December to March and winter from June to September. The best season for a motorcycle trip in New Zealand is between December and March, during the austral summer. The climate is pleasant in this period, with sunny days and average temperatures ranging between 20ºC and 30ºC. The months of April and November are also suitable for motorcycle trips. The climate is largely determined by the latitude with large differences between the extremity of the North Island, where the temperatures are quite mild throughout the year and the Western coast of the South Island, affected by winds from Antarctica. On the western coast of the South Island and in the Fjord region, rains are frequent throughout the year. The driest region is found on the eastern coast of the South Island with an almost Mediterranean type micro-climate, where the vineyard region can be found. On the North Island, the winters are relatively mild while in the South, one can go skiing in New Zealand’s Alps and the temperatures can be very low at Invercargill.

During a motorcycle trip in New Zealand, you will venture into a territory covering 1600 km from the northernmost tip of the North Island to the southernmost tip of the South Island. Surrounded on all sides by the Pacific Ocean, New Zealand has fabulous coastlines alternating between cliffs, dunes and huge expanses of deserted beaches. The two islands are very different, the North one, which is smaller in size, is home to the volcanoes of the National Park of Tongariro and the two big cities of Auckland and Wellington. The South Island is the most mountainous and more spectacular one in terms of diversity of landscapes. In the mountains along the western coast, the snow-covered ridges of the Southern Alps attain an altitude of 3 754 m with Mount Cook, the highest peak of the country. The western coast overlooks the Pacific Ocean and extends southwards through Fiordland, the land of fjords. In the far north of the South Island, the region of Marlborough is known for its wine. Nearby, Tasmal bay, which is under tropical influence, is the entry point for the Able Tasman National Park. New Zealand’s flora and fauna are one of the main attractions of the country. As it is protected territory, the animal and plant species evolved independently. 75% of the plants in New Zealand do not exist anywhere else.

History and Culture of New Zealand

Aotearoa, “the land of the long white cloud” in Maori language, is the name that the first settlers who came from Polynesia used for what we call today New Zealand. During your motorcycle trip in New Zealand, you will discover this mountainous and fertile land, which remained untouched till the arrival of the Maoris between the 11th and the 14th centuries. The Maoris adapted to the temperate climate and started to explore the two islands and form clans. In 1769, the British navigator James Cook landed in New Zealand. The country became an English colony in 1840, when the Waitangi treaty was signed. Very soon, war started and even though the Maoris were formidable fighters, they were overwhelmed by the British arsenal. Late in the 19th century, the discovery of gold contributed to the country’s prosperity. New Zealand became independent in 1947 and continues to have, even today, very cordial relations with Great Britain with Queen Elisabeth still playing a symbolic role. The country is known for its multi-cultural identity, its respect for nature, and the role played by Maoris and their culture in the society.

The Land of Maharajas
Motorcycle Ramble

“An impressive and compelling motorcycle experience in India.” 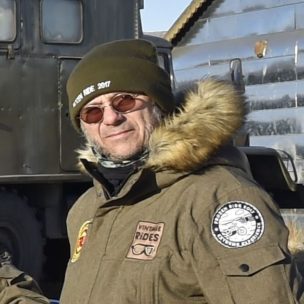 “Embark on a Royal Enfield attached to a sidecar for a unique journey on the ice.”

Beyond the Mekong
Motorcycle Ramble

“From Thailand to Laos, discover in one journey the wonders of two unique lands.”