The 2020 edition of one of the most famous motorcycle rallies in the world, Dakar, finished on 17 January with victory for raid biker Ricky Brabec. This gives us the perfect excuse to showcase three legendary motorcycle races that our team loves. Of course, we're hoping that this post will inspire you to sign up to a motorbike tour or even take part in one of these famous races. Why ever not? Without mulling over specific editions or introducing all the best-known riders, we want to take a brief look at three motorcycle races that combine biking pleasure and adventure in equal measures. 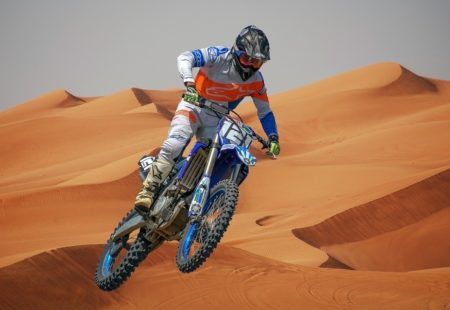 Formerly known as the “Paris-Dakar Rally”, “The Dakar” is without a doubt the most famous motorcycle event among Europeans. Even though the finish line is no longer in the Senegalese capital, the raid has held on to its original name. It is easy to understand why, as “Dakar” now embodies the very essence of the race. Held between Europe and Africa from 1979 to 2007, The Dakar Rally then moved to South America between 2008 and 2019 and took place in Saudi Arabia for the first time this year. Although new features are always being introduced, the level of challenge remains the same.

Are you looking for adventure and a change of scenery? Check out our Colombia or Morocco or South Africa motorcycle tours.

Held in Mexico, Baja 1000 is an off-road race that takes place in autumn on the Baja California Peninsula. The race does not consist of many stages: the objective is to complete the run as fast as possible. The finish line is more than 800 miles away from the start, adding to the event’s danger factor. However, it’s not the only thing that puts participants’ physical integrity at risk. This event is as unique as it is risky due to the fact that all categories race at the same time (lorries, cars and motorcycles), the roads remain open to the public and spectators amuse themselves by setting booby traps. 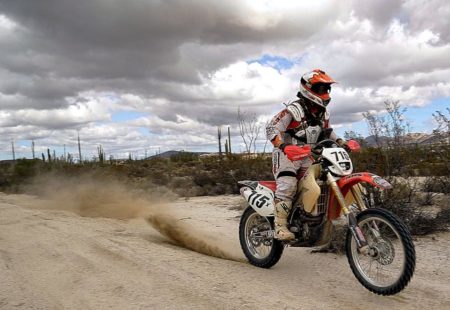 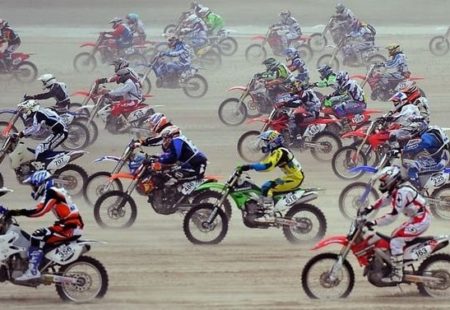 Lastly, we’ll finish this post with an event that’s closer to home and a hit among French bikers: Le Touquet. In 2006, Le Touquet was renamed Enduropale and the route was adapted to help preserve the environment. However, some things have yet to change. A legendary race, this rally allows complete amateurs to rub shoulders with big names in the world of enduro. What’s more, it was the original inspiration for the Paris-Dakar Rally in 1979, which is hardly surprising, bearing in mind that both of the raids were founded and organised by the same guy: Thierry Sabine. Since it started in 1975, the Enduropale du Touquet race has managed to make an international name for itself. Today, it is the largest enduro race in Europe and the longest sand race in the world.

Fancy an adventure but don’t want to participate in this legendary race? Go and check out our Rajasthan or Laos motorcycle tours.