The national will is clear: responsible high-end tourism, protection of the gorillas and improvement of the living conditions of the surrounding populations. In this logic, the Rwanda Development Board (RDB) has set a very (very) expensive "gorilla permit": 1500 USD per person to have the chance to meet them. This is the price to pay to live an exclusive experience while participating in the conservation efforts of the last great apes on the planet. Good news, it works! 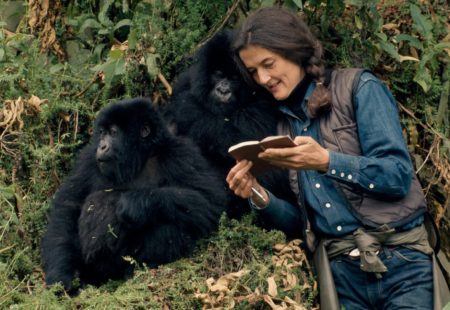 Gorillas in the Mist

If gorillas still exist today in their natural environment, it is thanks to Dian Fossey's relentless fight. In 1967, the American primatologist set up her research centre in Karisoke, perched at an altitude of 3,000 m in northeastern Rwanda. When she was murdered in 1985, there were fewer than 275 gorillas. The formerly endangered population has been increasing in numbers for several years. Thanks to the commitment of the Rwandan government, transnational cooperation efforts, the involvement of local communities and tourism, there are currently just over 1000 individuals worldwide, all distributed in the Virunga Mountains, mostly in Rwanda, but also in Uganda and Congo (DRC).

How is it going?

The Rwanda motorcycle tour has been designed to experience an entire morning dedicated to meeting the gorillas. It is not an extra extension to be organized but an optional activity proposed during your stay in Musanze. Be careful, book in advance as places are limited and it becomes more and more difficult to get permits in high tourist season. On the D-day, meet at 7:30 am at the park HQ, a few kilometers from your hotel. In the morning fog, everyone is curious, impatient and intimidated. The briefing is clear, the organization serious. For several years, about ten gorilla families have been used to the presence of men in their environment. Tourist groups are limited to a maximum of 8 people and the approach in the forest is only one hour per day. Even if they are used to human presence, the gorillas are not waiting for your visit. It is you who goes towards them after an approach walk through a dense and humid forest. 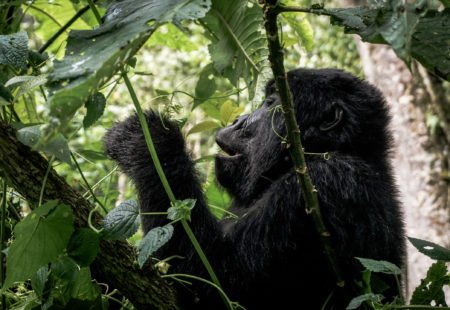 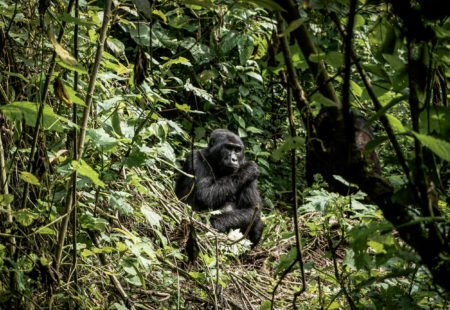 The fog dissipates, the imposing silhouettes of the volcanoes dominate the landscape in an atmosphere charged with mystery. As soon as you see the gorillas, the rules are strict: 1 hour top time to admire them at a distance of 7 m minimum. But the gorillas don't care about the rules, they go wherever they want. As long as you don't make sudden movements and stay calm, you have a front row seat to watch them. It's an extraordinary mix of adrenaline, emotion and big thrills when you meet the dominant male of the clan, a Silverback with superhuman strength. Time passes too quickly on the slopes of the volcanoes of Rwanda, it is already time to get back to your senses and get on your bike to continue the adventure!

On the same continent, we also have a South Africa motorcycle tour. Don't hesitate to contact us for more information!

Read the article
Vintage Rides>The blog>New destinations>The gorillas of Rwanda, a major encounter
×
Subscribe to the newsletter
Thank You