Travel Stories
A look back at Che Guevara’s motorcycle tour

To celebrate the launch of our motorcycle tour in Peru, we retraced the steps of the Argentine guerrilla leader.

When we talk about Che Guevara, we immediately picture the Cuban revolution or the leader's Marxist-Leninist stance, unless you’re a rider, that is! If you scratch under the surface of the origins of Che's battle, you'll come to find that his motorcycle trips largely shaped his way of thinking. In 1951, in the midst of his medical studies, Ernesto Rafael Guevara embarked on his first motorcycle tour of Latin America with Alberto Granado. He took a second trip in 1953. During this first expedition, Che witnessed poverty on a daily basis. This planted a seed: he was certain that the only way these inequalities could be eradicated was through a revolution. 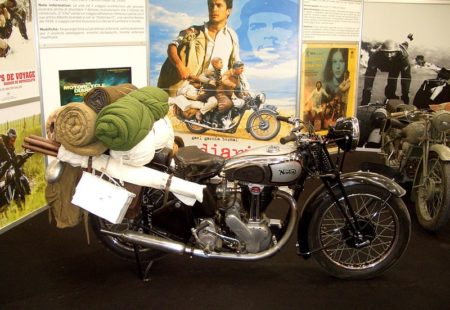 From San Francisco to Buenos Aires

When we look back at his trip, we notice that the revolutionary's tour was in fact a full loop. If you're a seasoned traveller, you're probably fully aware that doing a full loop between San Francisco and Buenos Aires would not be an easy feat. Except that, this trip didn't start in the world-famous American city, but a lesser-known Argentine city of the same name, which is north of Buenos Aires. Che Guevara visited six countries over 27 legs. After crossing Argentina from east to west, he visited Chile. From Osorno, he headed north to explore Peru, where he visited the most towns and cities. Peru really made its mark on Che and woke something up in him. After travelling through Peru, Che carried on to Bogotá in Colombia and then to Caracas in Venezuela. Lastly, after a trip to Miami, he returned to Argentina, to Buenos Aires.

Not only did Peru leave an impression on Che and his outlook, this country holds a special place for Vintage Rides too. In fact, it's our first destination in South America! What's more, Johann has designed a tour that travels some of the very same roads that the revolutionary himself took. Our classic motorcycle tour in South America will let you follow Che's footsteps, making stops at the belly button of the world (Cusco) or even Machu Pichu.

To find out more about Ernesto "Che" Guevara's motorcycle adventure, we recommend the book The Motorcycle Diaries (Verso Books) or the Walter Salles film of the same name.

If you're interested by a Royal Enfield tour in Colombia or a motorcycle tour in Guatemala, we might open these destinations one day. Contact us to be kept informed. 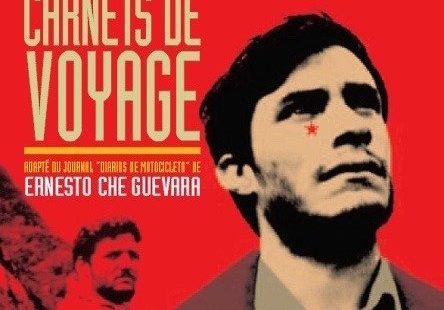