Other
Royal Enfield in Bangkok: a new challenge

Royal Enfield is now located in the heart of Bangkok - we had the opportunity to have a chat with the manager.

A 200m2 showroom of unrestricted use

The Royal Enfield dealer seems to belong well in the trendy district of Thonglor. In front of us, two large bay glass panes separated by a small pedestrian alley; it’s with a familiar emotion that we recognize through the windows the elements specific to any Royal Enfield shop: square meters of lino with a modern and minimalist decoration, helmets and jackets arranged on wooden shelves, colored tanks on the wall. We move forward to discover thirty or so bikes proudly standing in the middle of the outer courtyard. Among the Royal Enfield customs, some iconic models are put forward, including the famous Classic 500cc Green Battle which we chose for our Vintage Riders in Thailand. All of these Royal Enfield redesigned with incredible shades, it pleases our eyes! Smud comes to meet us - the urge is itching to learn more about this shop. He offers us a tour of the premises, begins by pulling a sliding door behind which reveals an unsuspected motorcycle garage. Several mechanics are busy around a dismounted Royal, discussions in Thai fuse on all sides. Without understanding the explanations, the know-how and the passion which emanate from the place contaminates us. 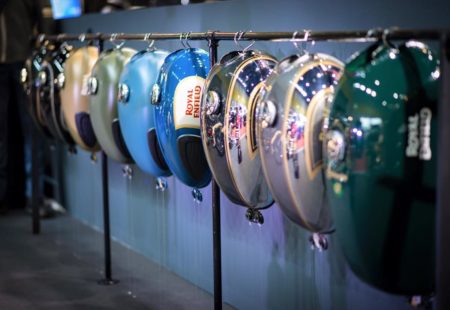 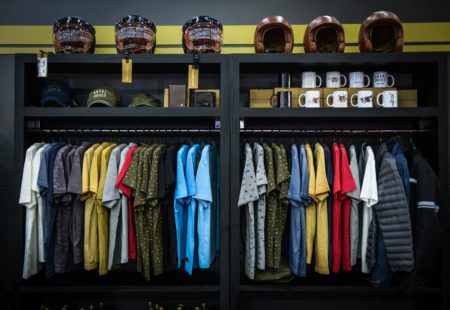 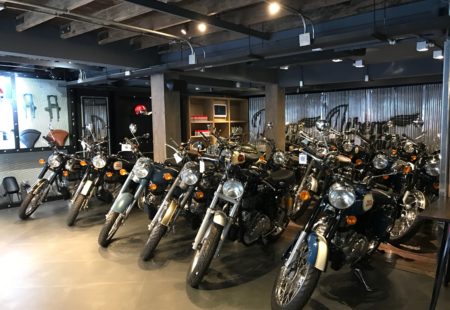 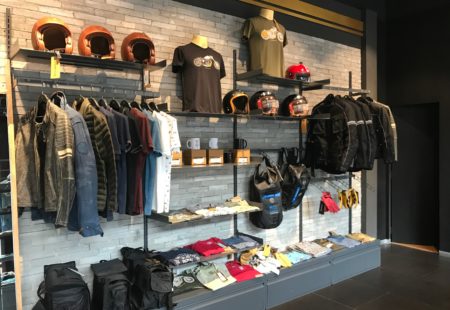 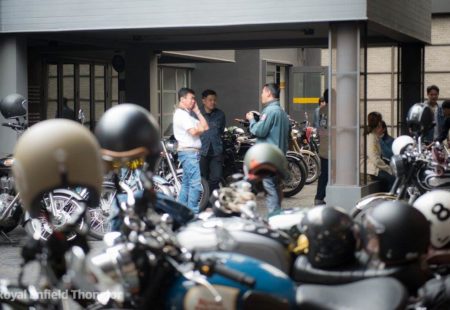 A taste for vintage revival

Smud served for a while in the automotive industry. Amateur and purchaser of vintage machines, he tells us having grown up in the smell of fuel oil. "That was the starting point, at a very young age. Then when during my studies, I lived in a residence where motorcycles were the simplest way to get around. It was during this period that I bought my first bike." This daily use, almost necessary, of two-wheeled vehicles is very present in Bangkok and in Thailand in general. It represents the image of a true sense of freedom, of a life which escapes Western norms...
A first job at Volkswagen, where he gradually climbed the ranks to General Manager Bangkok with regular trips to Europe: Smud's experience shows that he has all cards in his hands to bring in a new brand on the Thai market.

What I like about Royal Enfield is its design, reliability and history. Very few brands can be considered as classic or vintage. But it’s the case of Royal Enfield.

Our favorite mono-cylinder brand may be one of the oldest in the world, however Smud reminds us of how new the market is in Thailand. Since the launch of the store in February 2016, the team has created a whole range of rides for its Thai bikers clientele "who loves novelty and adventure travel". Workshops of original themes were also designed: photography techniques for the bikes, or how to prepare its machine before a trip. What about custom? "We’ve partnered with a workshop to encourage our riders to customize their bikes." Well, the Royal Enfield Bangkok team doesn’t lack imagination to create a community around its brand. It’s with a smile that Smud tells us that the store now has 30 employees, and is doing very well. Which couldn’t have been any better, as we’re placing an order to expand our Royal fleet to start a second season in northern Thailand and Laos, with a bang!