Before we set off for Rwanda, we felt excited and intrigued to be discovering a country whose name doesn't usually evoke dreams of adventure and exploration. The best way to experience a new world is to try not to imagine too much about it and dive straight in, on two wheels of course! 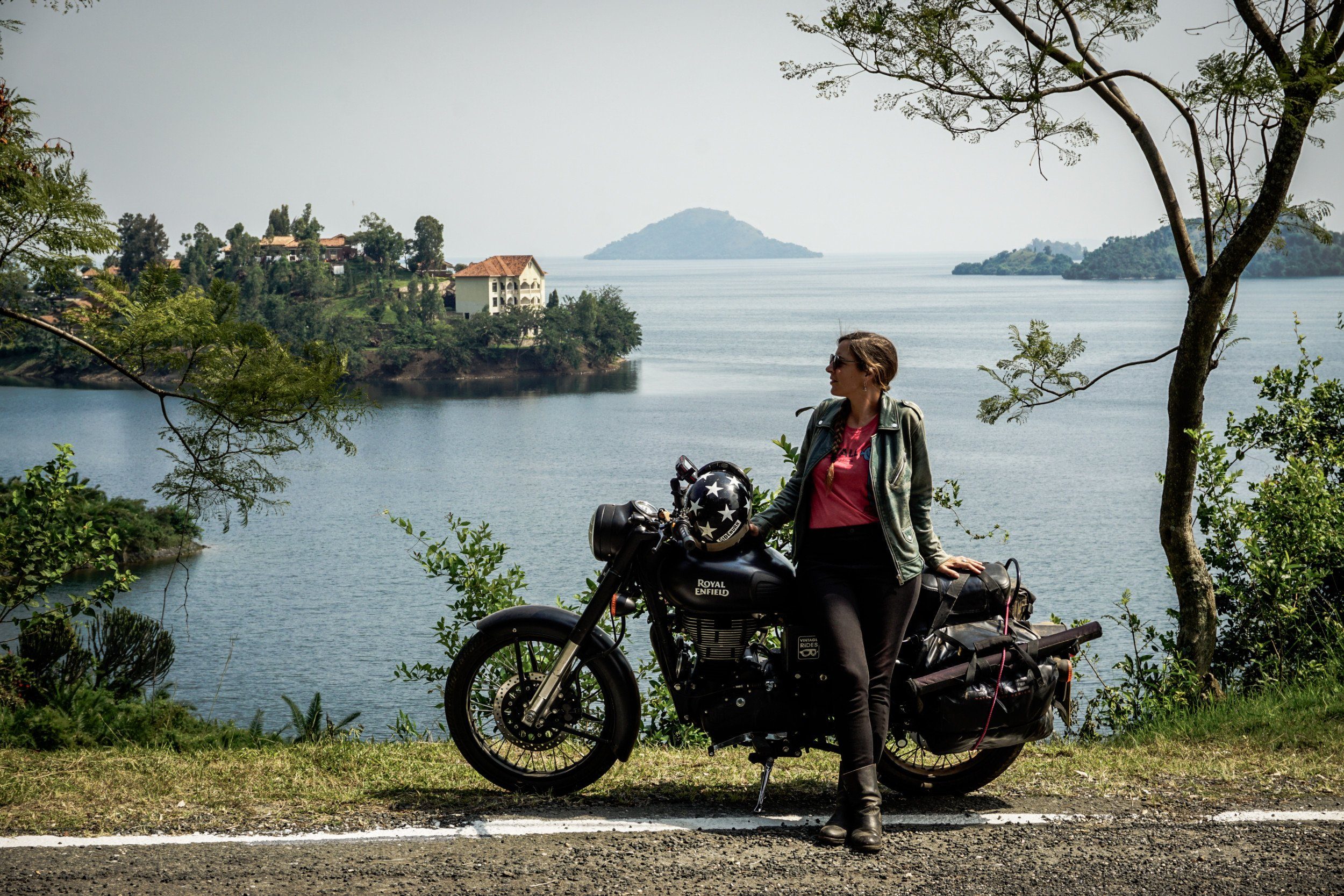 Kigali, the small but dynamic capital, is clean, safe and well organised. We headed straight to the Kigali Memorial Centre, a must to get a sense of the scale of the tragedy that struck the country in 1994. After some days in Kigali, we soon realised that Rwanda may be small in size but reverberates far beyond its borders. It is a regional force, envied by its neighbours, thanks to its economic growth and unprecedented cultural dynamism. Twenty-five years of political stability has helped the country get back on its feet. Something to defy all those preconceived ideas. 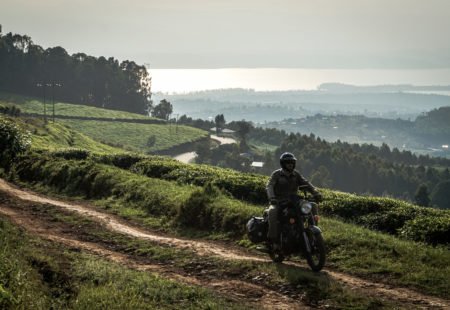 The land of a thousand hills

We revved up and hit a stunning tarmacked road that winds through the country's famous hills, covered in an incredible variety of terraced crops, including sorghum, bananas, maize and potatoes. In Nyanza, we visited an ancient royal hut, delved into the region’s ancestral history, and even got the chance to admire the Ankole cattle with their unmistakably long horns. After about twenty miles on a fantastic windy road, the Nyungwe old-growth forest suddenly appeared before us. This immense green lung, classified as a national park, is home to chimpanzees, silver monkeys, mangabeys, colobuses and more than 270 bird species.

We twisted and turned on a perfect tarmacked road, hurtling through the heart of the forest. We parked our Royal Enfields at the rangers’ headquarters and took a path that lead us into the vegetation and out onto a monkey bridge overlooking the 300-m tall canopy. Then, back on our bikes, we rode between terraced crops and hypnotic fields of tea before reaching the shores of the immense Lake Kivu where we found a wild, idyllic bay to take a dip. What a delightful experience! Just two days into the tour and we were already bowled over! Rwanda has it all: immaculate roads, a good network of tracks, stunning landscapes and friendly locals.

Gorillas and the Big Five

We experienced a complete change of scenery on the way to the Volcanoes National Park. We discovered the breathtaking view of the "Virungas" (volcanoes in Swahili), including Mount Karisimbi at 4,500 m. This is where we had the chance to discover mountain gorillas on a trek for a few hours in the forest. There are only a thousand left in the world and all of them are here in the African Great Lakes region. The adventure continued on the Rwandan tracks and we climbed the crests before reaching the easternmost point of the country and the gateway to Tanzania. We swapped our Royal Enfields for a 4x4 to explore the heart of Akagera national park on the lookout for the Big Five amidst typical African savannahs. 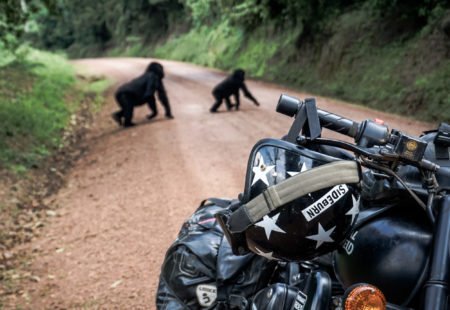 We really didn't expect such a beautiful country with peaks a plenty, 4,500-m high volcanoes, immense old-growth forests, numerous clear water lakes and the vast savannah. Then there's the wildlife and the last surviving mountain gorillas, an ancient culture and a relaxed approach to life mastered by the inquisitive, welcoming locals to add to the mix. Rwanda really is one of East Africa's best-kept secrets. Do you want an exclusive, rich and authentic experience? Try a motorcycle tour in Rwanda!

If you're tempted by another adventure, try out one of our motorcycle tours in India.