Events & Community
Exclusive trip in Odisha: The Land of the Forefathers

Wild nature, authentic and rare encounters, ancestral crafts and of course beautiful roads are awaiting you.

More than 1600 Km deep in the heart of India, discover villages of another world

The motorbike trip begins in the seaside resort of Puri, facing the Gulf of Bengal, on the east coast of India. Expect a spiritual immersion at the temple of Jagannath or at the incredible temple of the Sun of Konârak. This monumental red sandstone carriage is known for its surprising bas-reliefs which have nothing to envy to the erotic temples of Khajuraho in Madhya Pradesh. These are the ones which inspired the poet Tagore’s words, "Here, the language of stones is more powerful than the one of men. " This 13th century site is now classified as a World Heritage Site by Unesco.

The road network has improved for the past few years, surfacing is perfect on wider roads, which is quite unexpected in this remote region! The softness of the reliefs, wooded hills and granite domes, soothes and exalts all at once. To avoid contradicting our company culture, there will still be small narrow roads, bumpy charming routes and some tracks... As John emphasizes: "Most of driving sensations in Odisha are those of which I call a Great G, like when skiing: relief and beautiful well-drawn curves which we can ride at a sustained speed!" 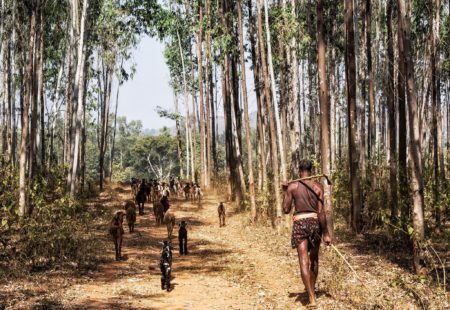 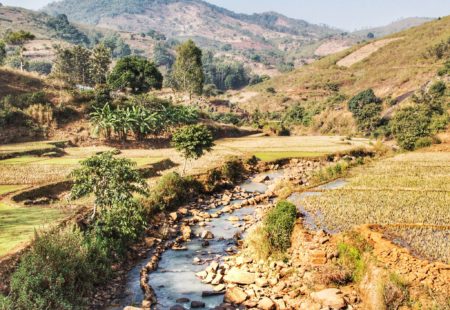 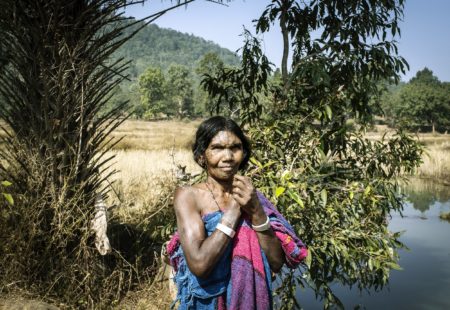 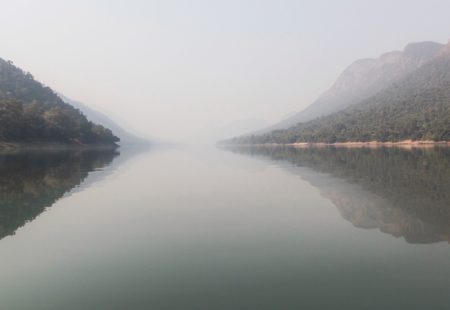 The rustic charm of Odisha

Nothing spectacular here: you don’t go on the highest roads of the world but in natural preserved landscapes, in a simple and unexpected tranquility. The fauna is rich and diverse, with the natural reserve of Satkosia inhabited by gavial crocodiles, wild elephants, leopards and Gaur buffalo. Relaxing breaks amongst riding stages will allow to go to wild cascades like in Putudi or Duduma. When one finally leaves the reliefs, it’s to find the sea and discover a particular ecosystem: Lake Chilika, nurtured both in fresh and seawater. On board of small traditional boats, you’ll surely observe fishermen and perhaps rare dolphins of the Irrawaddy.

Some of India’s most primitive tribes

This trip is much more than a motorcycle tour, it’s an "anthropological dive" into the India of its first inhabitants: the Adivasis, or indigenous populations. The wooded hills of southern Odisha still protect these primitive tribes, which you’ll meet at the weekly markets and in some villages you come across. These indigenous people have remained animistic over the years. The respect they have for their mountains and rivers is reflected in all aspects of their daily lives. Once in contact with these fragile populations, there are rules to respect in order to preserve their dignity. 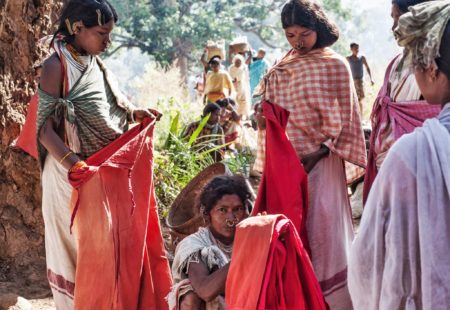 No ethnic tourism but an ethical and responsible tourism

Don’t pull out your camera like a paparazzi, take a few or no photos unless you’re allowed to. John confirms: "You can’t imagine how incredible these tribes are, visually it’s hard not to take a picture, but memories are indelible. We sometimes feel like we’re in another India, as if we had landed in Africa. The profusion of colors on markets remind us of the African boubous! "

John will be there to make you aware of this territory’s realities and forgotten people. After struggling for a long time against the mining giant Vedanta Resources, the Dongria Kondh tribe won a heroic victory a few years ago and saved its sacred mountains from mining. Passing in front of the old refinery will give you an overview of the situation. In addition, we have decided to stay two nights in guesthouses whose benefits support local economic development, education and the training of village women.
This new motorcycle tour is, above all, for lovers of India, to all those who have already grasped its complexity and its immense diversity and who are ready to go further! We are proud to offer this extraordinary experience, immersed in this magical and unknown part of India.